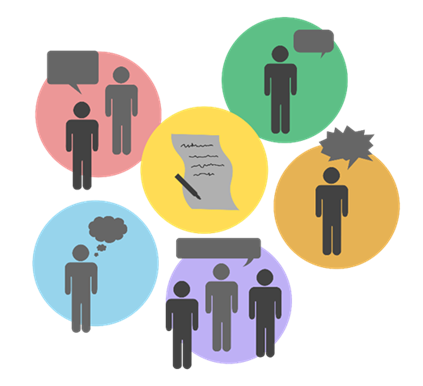 The value of “private” expertise before court in France and Germany

Decisions are regularly handed down by French and German courts regarding the use of experts’ opinions when the experts were commissioned by the parties, as piece of evidence. Those reports may be established in an adversarial manner of not.

The analysis and importance of such “private” experts is not the same in the two countries.

Private expertise for the French judge: two reports are better than one

In France, it has been clarified since several judgements from 28 September 2012 that while the judge may base his decision solely on the report of a judicial expert, he cannot rely exclusively on an expert report drawn up at the request of one of the parties.

On this last point, the French Supreme Court (Cour de Cassation) specified in a decision of 14 May 2020 (nos. 19-16.278 and 19-16.279) that this principle applies even if this “private” expertise was carried out in the presence of the parties, i.e. in an adversarial manner.

The Court thus clarified its case law according to which a private expert opinion alone cannot, in principle, constitute sufficient evidence in civil proceedings. This does not mean, however, that such “private” expert reports are worthless : the Court has recently recalled that such reports are admissible, subject to certain conditions: they must have been submitted to the judge and the other parties during the proceedings and be subject to adversarial discussion. Moreover, they can only serve as a basis for the judge’s decision if they are corroborated by other evidence – again, even if they have been produced in an adversarial manner.

The judge must therefore consider whether this report is corroborated by one or more additional means of evidence. And it turns out that another private expert’s report may constitute this additional evidence:

In a case brought before the Cour de Cassation (5 March 2020, no. 19-13.509), one party had submitted a first private expert opinion, and then a second to support the first. The Court of Appeal had refused to examine these private reports, as they were not drawn up in an adversarial manner. The Cour de Cassation quashed this decision, holding that the Court of Appeal had violated Article 16 of the French Code of Civil Procedure by ignoring the fact that the two reports had been submitted for free discussion to the parties. It thus acknowledged that a second private expert report, even if not adversarial, can corroborate a first report.

This also applies to a judicial expertise that has not been carried out in an entirely adversarial manner, for example when part of the expert’s investigations were carried out before one of the parties joined the judicial proceedings (Cour de cassation, 9 Sept. 2020, no. 19-13.755).

Private expertise before the German court: a piece of evidence that can make the difference

In Germany, a private expert opinion may, under certain conditions, be sufficient to establish the facts of the case and make a request for judicial expertise superfluous. To this end, it is not essential that it was carried out in a contradictory manner.

Comment: In Germany, compliance with the adversarial principle is generally not required, even for judicial expertise. The court appointed expert only has to convene the parties if he makes an on-site visit of the premises to be examined, in order to enable them to attend the visit. However, he does not have to collect input from the parties nor respond to such remarks, nor is he required to organize meetings to discuss disputed issues. On the other hand, he may be questioned at a hearing at the request of the parties after his report has been filed, and he may be required to file a supplementary report. (For other differences between France and Germany with regard to the adversarial principle, see N° 2 of our Newsletter “Expert evidence in France and Germany”).

On the other hand, there may be inconsistencies between a judicial expert report and a private expert report. Such inconsistencies must then be assessed by the judge, who must carry out a more thorough investigation. This investigation may in particular consist in confronting the court appointed expert and the party appointed expert by questioning them during a hearing. If the contradictions cannot be resolved, the appointment of another judicial expert may be considered. If the court gives priority to one of the expert opinions, it must state the reasons for its decision.

Should the court does not meet these requirements, this would constitute a breach of procedure in the assessment of evidence within the meaning of § 286 of the German Code of Civil Procedure (ZPO). Furthermore, there may be a violation of the right to be heard in court (Art. 103 of the German Constitution (Grundgesetz)).

Although there are significant differences between France and Germany in the way private expert reports are dealt with in civil proceedings, the central point in both legal systems remains the adversarial debate on the elements highlighted in the various expert reports and their detailed assessment by the judge. To this end, the parties must be heard during the judicial proceedings, either directly by the expert or by the judge, and the judge is required to make a critical assessment of the various elements submitted to him. 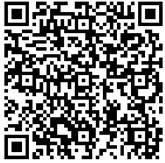